Darkening Down For Impact 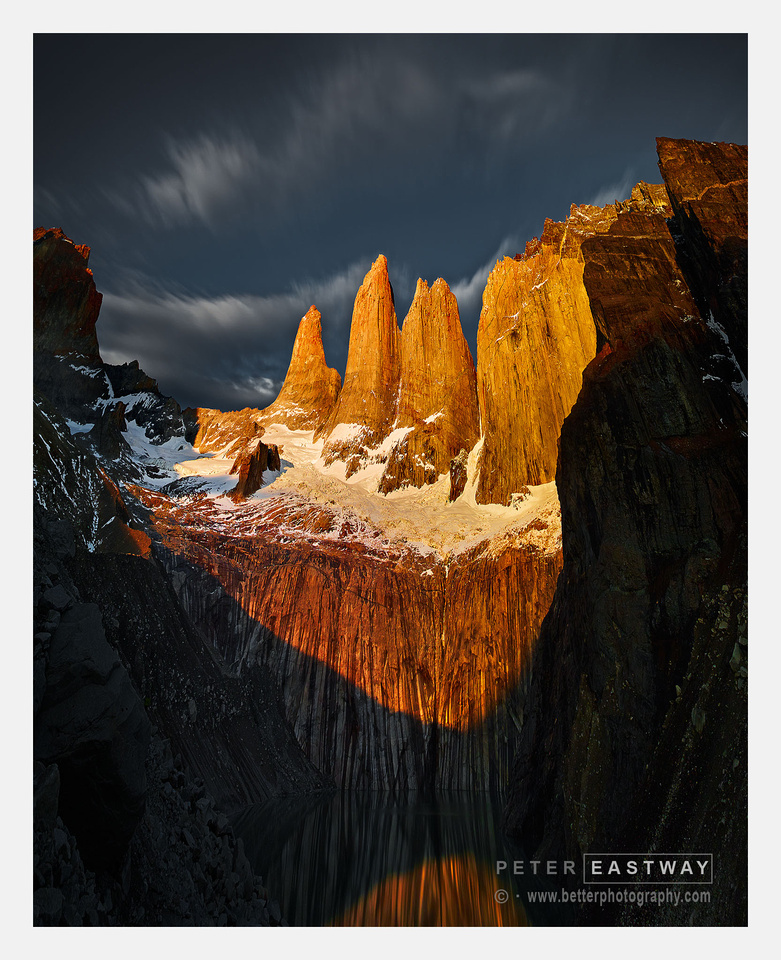 One of the easiest ways to add drama to a photograph is to darken it. Easy enough to say, easy enough to do, but there will be a few little bits and pieces you need to tweak. For instance, you don't necessarily want to darken down the entire photograph, just the overall image. There may be areas you need to keep light and bright, such as the three towers up above.

Technically, it's important to do this darkening in post-production, not in the camera. You may have heard about the 'expose to the right' theory, which states that to maximise image quality, you should push your histogram (your exposure) as far to the right (more exposure) as you can, without clipping the file (over exposing the highlights). This exposure will give you the maximum amount of quality, but it might not look like what you had in mind.

Check out the original exposure below:

Technically, everything is in the right place, but emotionally, it's not what I had in mind. The camera's auto white balance has removed the warmth of the light and there's too much detail in the shadows. And it looks flat and insipid. In a word, it is too light.

By darkening down the image, I think I've managed to incorporate a little more emotion.

So, why didn't I just do this in camera, by underexposing the image? Underexposure means the resulting file has fewer levels or steps of tonality, especially in the shadows. If I were to lighten up these shadows, the image quality would fall apart because there aren't sufficient 'tonal steps' to produce good mid-tones or highlights. If you don't change the exposure, it might not be a big problem, but if you want to lighten up some shadow areas for effect, or add in some contrast, then the lack of tonal steps can create noise and posterisation in the image. I realise this is a non-technical explanation, but the take-away is that you're better off exposing in the camera using your histogram, and interpreting the image later on in Lightroom, Photoshop or Capture One.

If you're interested in joining me in August 2016 on a trip to Patagonia and the Atacama Desert, you can read all about it here.