About The Winning Photo - Walrus 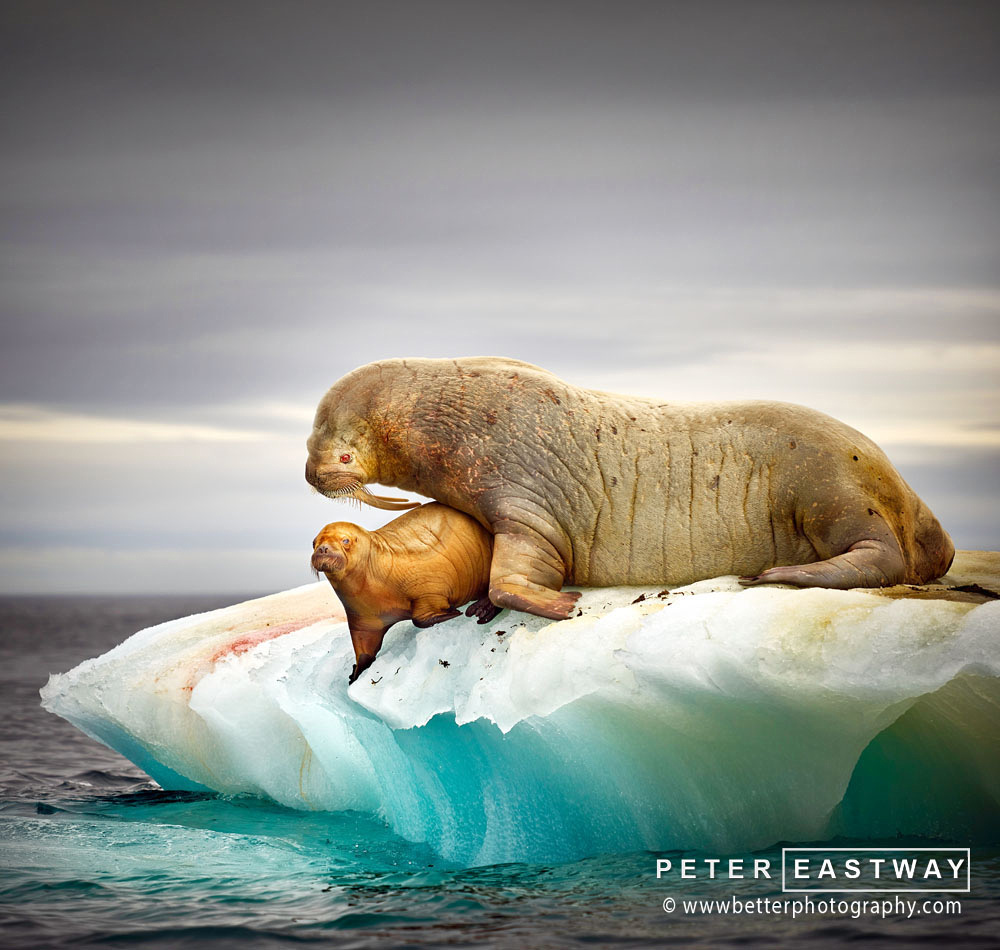 Printed on an Epson SureColor P10070 and Canson Rag Photographique

"I'm delighted", said the enthusiast Eastway! "It's been quite a few years since I've won a category, let alone the PPY. There are so many great photographers coming through that I no longer have any expectations about prizes, although I continue to strive for an elusive four gold awards."

The AIPP in partnership with Epson deliver the professional photography awards in all Australian states and territories, attracting over three thousand entries from professional photographers and students. It is followed by the AIPP's national Australian Professional Photography Awards which will be held in Sydney this August.
Photographers can enter up to four prints in a category and each print is presented separately to a panel of five judges who give scores. An aggregate of 80+ is a Silver while 90+ earns a Gold award. Only 2 to 3 percent earn Gold. The highest three portfolios of four prints are then re-assessed to determine the category winner and then the eleven category winners are assessed again to determine the overall Professional Photographer of the Year (PPY).

"People ask what makes an award winning print - what makes the judges sit up and take notice? I wish I knew! It's a combination of an interesting subject, something that excites the judges and that has emotion. Then you need to add in the highest quality photographic technique, both in capture and post-production.

"In the nature category, there is a limit to what you can do to the file. The images must be single capture and you can't clone out things or introduce new elements. It's 'straight' photography, but you're still allowed to interpret the file in terms of exposure, contrast and colour. However, perhaps the most important part of the process is transferring the image to paper - making the print.

"I'm a proud Epson ambassador and I use a large format 44" Epson SureColor P10070. I'm also a Canson ambassador and my entries were printed on either Rag Photographique or Platine. I felt the thousands of penguins at St Andrews looked better on the slightly glossy Platine surface, while the walrus and pup worked beautifully on the matte surface of Rag Photographique.

"In my studio, I have over 50 'test' prints which were stepping stones to the final result. I make a print and pin it onto a wall opposite my desk and live with it. I try to analyse it like a judge and then I make adjustments - lightening areas here, darkening them there and so on. Many people wouldn't notice the differences, but under the bright lights of the judging room, those subtle differences can mean one or two extra points - and that could be the difference between 89 and 90!

"I've been entering the awards since 1984 and the process of working up my best images every year has been crucial to my development as a photographer. I know what it's like to get crap scores from the judges - it hurts! And when you get good scores, it's a great feeling, but you need to keep it in context - judges are just expressing an opinion and there are lots of other great photographers out there, vying for the same awards. I've been very fortunate over the years to win quite a few, and while there's an element of luck for the big prizes, it's the hard work we all put into our entries that improves our craft and raises the overall standard of professional photography in Australia."

"I'd also like to thank the AIPP Awards Team, headed by Sue Lewis, that makes the awards happen, all the volunteers behind the scenes, the state councils for hosting the events, the judges for giving up their time - and the entrants for creating the amazing energy. If you're in Sydney on 10-12 August, come along to Royal Randwick and watch the APPA's being judged. It's free and whether you come for an afternoon or all three days, the education and experience can be life-changing - in a good way!"

I've met some wonderful guides on the voyages I've made to the polar regions. They all have a passion for their jobs and pinch themselves that it's a job! And a good guide will get you great photos.

On a voyage with Kevin Raber and Rockhopper Tours to Svalbard last year, we were doing a zodiac cruise off Storoya island, up in the north-east of Svalbard. Our guide was scanning the horizon and way in the distance, saw an iceberg with an unusually shaped top. Someone like me would think it was just the shape of the ice, but our guide was thinking it could be walrus.

And she was right! As we closed in, we cut the motor to an idle and drifted quietly up to the iceberg. There were a dozen or so walrus, including a few pups, resting. They didn't seem at all fussed by our presence as we passed by, until something spooked them and they vacated the iceberg.

My photo is of the mother instructing her pup to take a dive.

I shot perhaps 50 images as we approached the iceberg and continued afterwards as well. A lone, single-tusked male remained on the iceberg and as we moved away, he made a great shot - which I must process some time. The point is that you never know in a situation like this which shot is going to be the best shot, so just take lots and lots. I was hoping one of the photos of the walrus diving into the water would work - and I think this is the best of them.

Interested in a trip to Svalbard? I have two options, one next year, one the year after! Check out the voyages I'm doing with Kevin Raber and with Aurora Expeditions here.