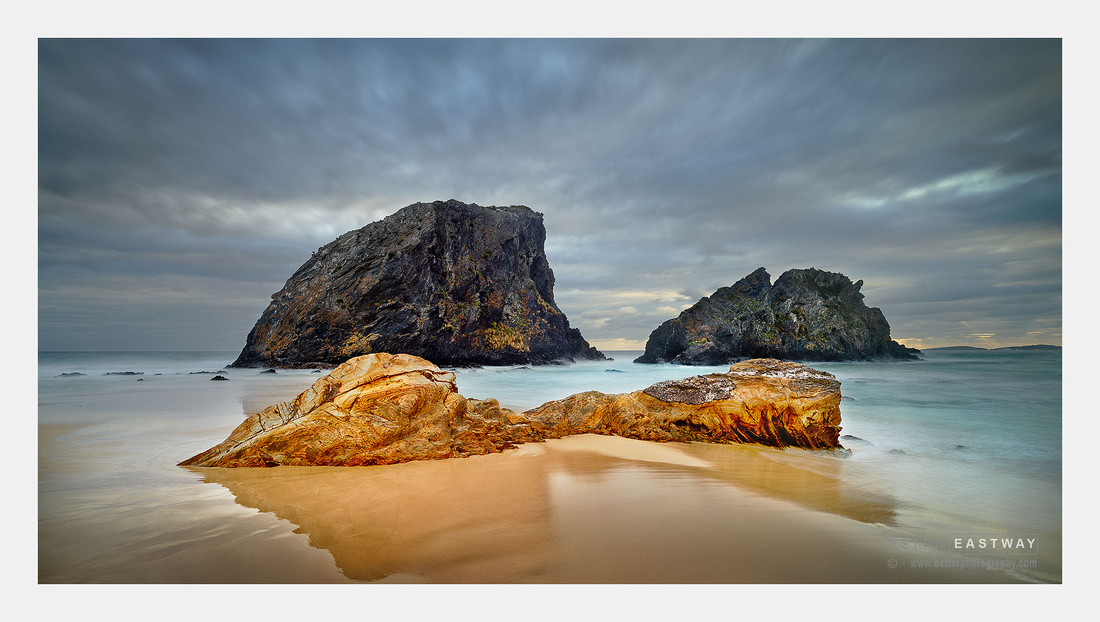 Reading the technical details up above, I can imagine a few readers scratching their heads and wondering what I put in my coffee this morning! Let me explain!

The Phase One XT is a wonderful camera, but requires completely manual focus and manual exposure control. There are no creature comforts, but for photographers who have been around for a while (such as myself), there's a certain enjoyment to be found in doing things slowly and methodically, a little like we used to use 'view cameras' in the days of film. It's not a camera for all occasions, but the image quality is beautiful.

There were two features I used to capture this image. The first was frame averaging, which is like using a neutral density filter. Frame averaging continuously takes the same exposure over and over again, for as long as you desire. I used a shutter speed of 1/30 second continuously over a period of 30 seconds, because this was enough to blur the water and produce some slight movement in the clouds. I could have used a neutral density filter to achieve the same effect - so frame averaging is a time saver in that I don't have to worry about putting my filters on.

However, frame averaging at shutter speeds (times) shorter than around 1/3 second can produce 'steps' in the exposure. This is because with short shutter speeds, there is an interval between exposures during which nothing is recorded. If you do frame averaging for four seconds at 1/30 second, you might take 12 shots and if you look carefully at the file, you will see 12 outlines of a breaking wave as it moves across the frame. Cloud movement is harder to see because it's movement is so slow. Compare this with a 30 second period where there are hundreds of exposures at 1/30 second and the wave and water movement gets so jumbled up, it produces a soft blur, just like an ND filter. So, for long exposure of 15 seconds or longer, frame averaging is perfect, but for exposures of 1/8 to 15 seconds, I think neutral density filters still have their place for the XT system.

The second feature I used is the back shift. The XT provides vertical and horizontal shift, so I can correct converging verticals (e.g. for architecture) or stitch two images together to create a panorama - and a wider angle-of-view. To fit the two Glasshouse rocks into the frame with my 32mm lens, horizontal stitching was required to provide a little breathing space around the outside of the composition.

And yes, this is taken on the same morning as a photo posted a couple of weeks ago. Still working my way through a productive morning!