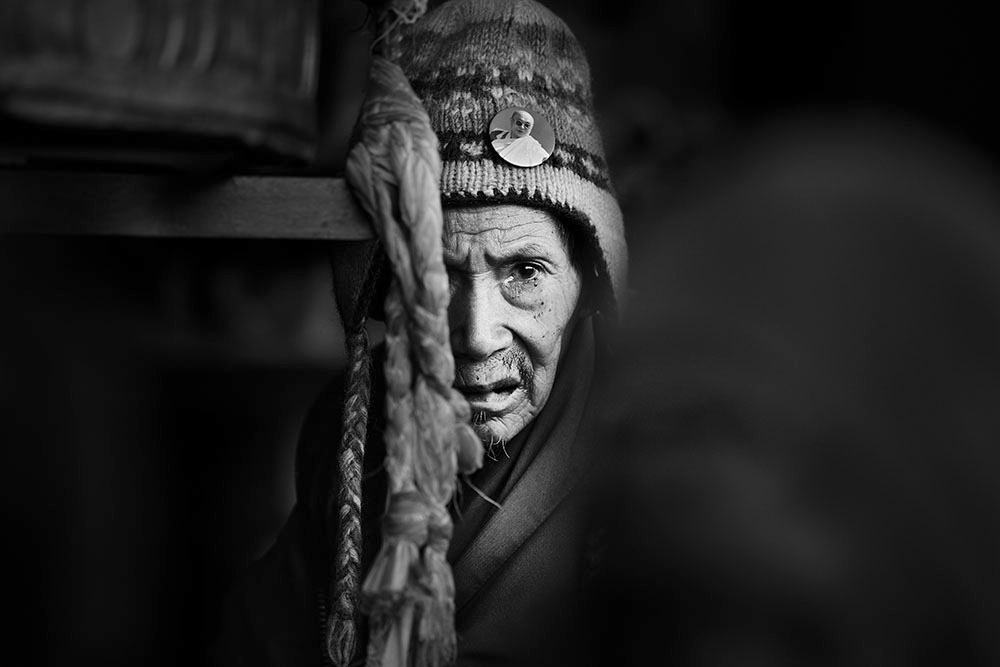 I'm asked why I still enter photo competitions? The main reason is that I enjoy the process. And being a photo competition judge, I also think it's important to know how it feels to be an entrant - we should never forget what it feels like to win or be rejected. The photo above was 'accepted' in the recent Olive Cotton Award, meaning it was printed and exhibited (even if the number of gallery visitors was limited due to COVID). However, I had another entry which was rejected (see the bottom of the article). As an entrant, I like them both, but entrants always have different views to the judges, unless you happen to be the overall winner!

It was a delight to have this photograph accepted and there is something haunting about the gentleman's gaze. Was he aware I was there and glaring at the camera? Or was he lost in prayer as he turned the large prayer wheel? Perhaps how the photo was taken gives a clue to the answer.

There is a large, open 'shed' in which a dozen prayer wheels stand, and seated a their base you often find the devout at prayer. I was using a 200mm f2.0 lens at its maximum aperture, so this throws both the foreground and background significantly out-of-focus. You can't really tell what is either side of the subject, but the ropes hanging down in front of his face are for turning the prayer wheel.

For me, part of the strength of the portrait results from using this selective focusing to highlight my subject. In post-production, I've darkened down everything else so the viewer is directed to the prayer's face - and his fully engaged eye. Was he looking at me or deep in thought? I'm pretty sure he knew I was doing something, but as I was looking down at the flip-out LCD screen on my camera and cradling the lens in my lap, I think he was just looking at me out of interest and completely oblivious to the camera. But I'll never know!

And the photo that didn't make it? A personal favourite taken elsewhere in Bhutan, but that's another story! 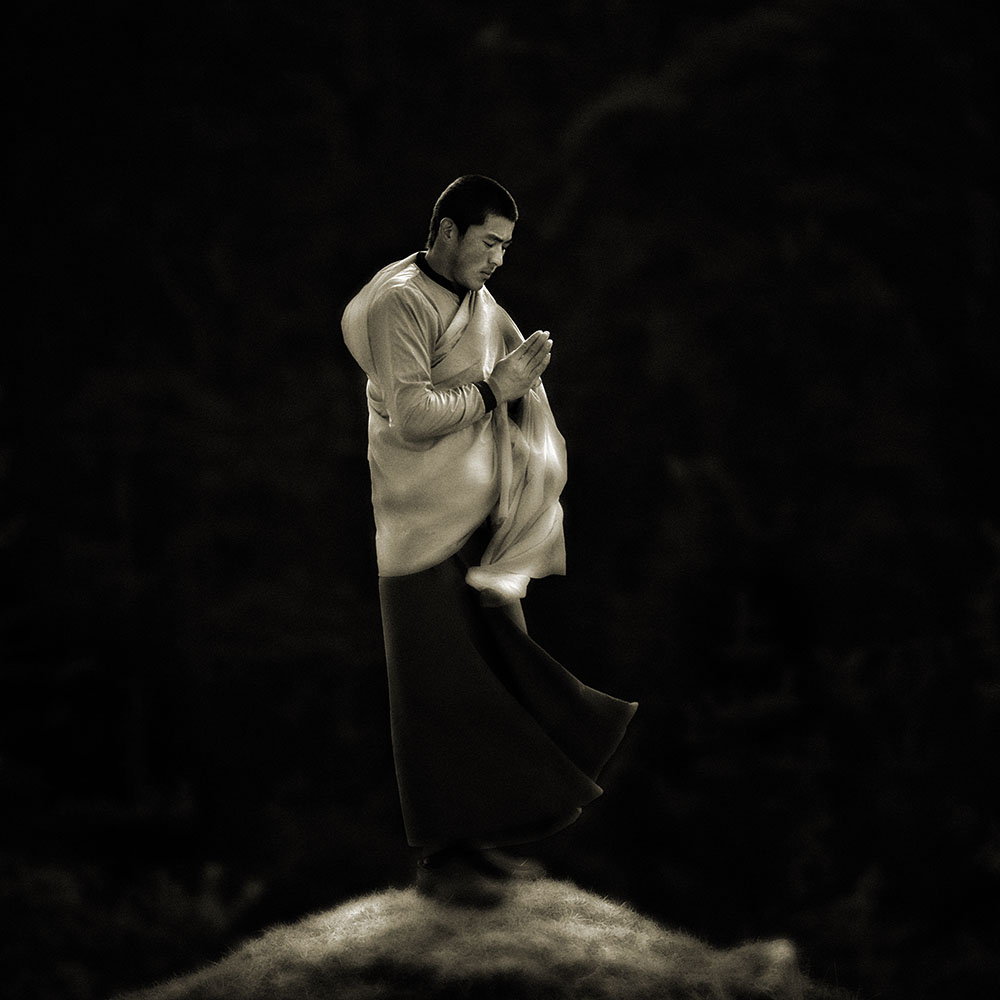