Have You Seen The Other Side of the Horse's Head? 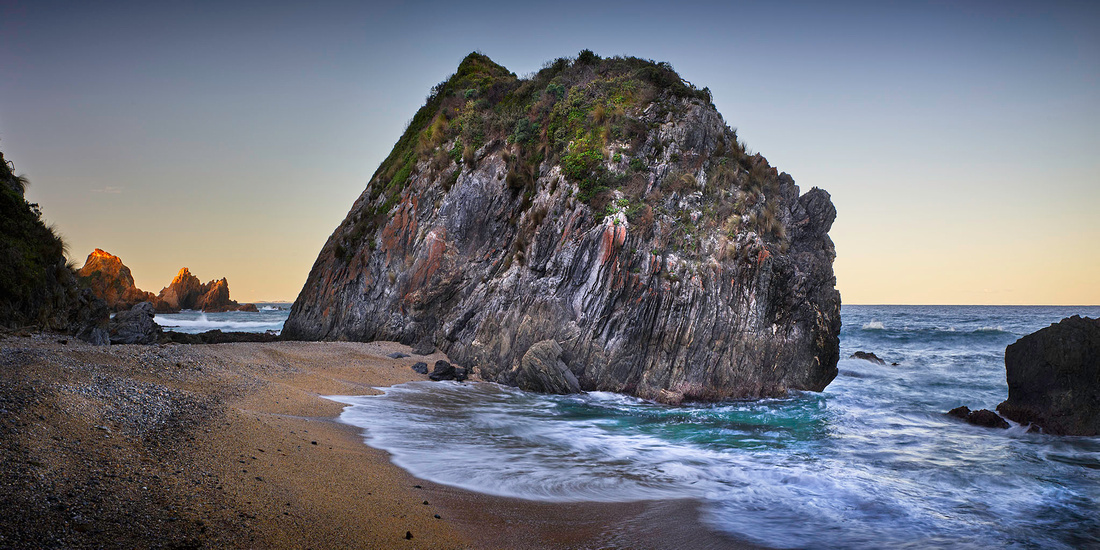 I owe Phil an apology. He was keen to photograph Horse Head during our Narooma workshop last week, but access can be tricky. There's the walk around from Camel Rock, but that's best done at low tide and with very little swell, otherwise it can become a bit of a swim! The other option is to drop down the cliffs from the north, but it's steep and slippery, especially after rain.

As Phil has a few years on me, I suggested that while there was no doubt he would get down to the bottom one way or another, getting back up might be a little more challenging. But I was quite wrong. If anything, he had less trouble than I did scrambling down the slippery clay access track. And as I write this a few days later, I can still feel my thigh muscles from the walk back up!

But, I digress. The purpose of this blog is to suggest that while it can be exciting to visit 'famous' landmarks and place your tripod in the appropriate spot, there are often lots of other images to find if you spend a little time to find out. Several years ago when I accessed Horse Head via the walk from the south, I found the small beach behind Horse Head and thought it delightful. I took quite a few shots, but never felt I quite captured its potential.

I'm not suggesting this view has as much impact as the front of Horse Head. Rather, I find this a quieter, more contemplative image. The shape of the rock really is remarkable and how did it end up sitting on the edge of the beach like this? I particularly like the way the wave action builds up the sand on the little beach. There's no doubt the front of the rock is more interesting, but I have to say, I like this angle better!

I like shooting with neutral density filters and using long exposures - from 30 to 240 seconds. However, while this can produce wonderful cloud blurs, waves breaking on a beach are rendered as a silky white blur. The wave action is lost, so I have now adjusted my technique, using a NiSi variable neutral density filter. This allows me to easily explore different shutter speeds and, depending on the angle, the lens and the wave itself, anywhere from 1/15 to 1 second can work nicely. I might then do a second exposure for the sky, using a longer exposure to get more obvious cloud movement.

Len Metcalf and I were joined by six photographers on our Narooma workshop last week and we had a great time and took some memorable photos. Travelling is back and hopefully photo tours are as well! If you're ready to go somewhere exciting, don't forget Tony Hewitt and I have one spot left for Middlehurst and another for Shark Bay - we can guarantee you'll love it!